The 12 boys and their coach have all been rescued from the cave in Thailand after a three day rescue mission. They became trapped on June 23 while exploring the cave complex in the northern province of Chiang Rai after soccer practice. A rainy season downpour flooded the tunnels making it impossible for the team to get back out on their own. British divers had found them hungry and huddled in darkness on a muddy bank in a partly flooded chamber several kilometres inside the complex, on Monday last week. The rescue mission started on Sunday and by Tuesday everyone had been rescued.

People across Thailand and the rest of the world have been intently watching the story of the cave and so it comes with great happiness and relief that the boys and coach have been brought to safety. However, celebrations will be tinged with sadness over the loss of a former Thai navy diver who died last Friday while on a resupply mission inside the cave in support of the rescue.

The two day NATO Summit officially started yesterday in Brussels bringing together 29 countries to discuss major world things like finances, defense and the environment. As expected, President Trump is causing some ripples in the group. Trump opened up the meeting by stating Germany is captive by Russia, throwing shade before people could even get comfortable in their seats. He is also arguing that the US is holding up the group when it comes to defense spending and he suggested to everyone else to “step it up.” He is demanding that nations double their military spending commitments. Justin Trudeau has volunteered Canada’s military to lead the first year of a Nato training mission in Iraq.

The former US Sec of State Madeleine Albright and 15 other former foreign ministers have sent letters to Trump asking him to play nice with the Western Allies and not get too cozy with Russia. Next week Trump will be meeting up with Russian President Putin and has said it “may be the easiest” of his overseas meetings.

Even though he pushed allies in some areas, he also signed on to efforts to strengthen the alliance against the Kremlin and other rivals, as well as a statement that the alliance does not accept Russia’s 2014 annexation of Crimea. Trudeau seemed to avoid the storm of Trump, but did have a casual, non-planned meeting after Day 1. The conversation focused on trade, including efforts to revamp the 24-year-old North American Free Trade Agreement and the ramifications for those talks of Mexico’s presidential election, from which left-leaning populist Andres Manuel Lopez Obrador emerged victorious. 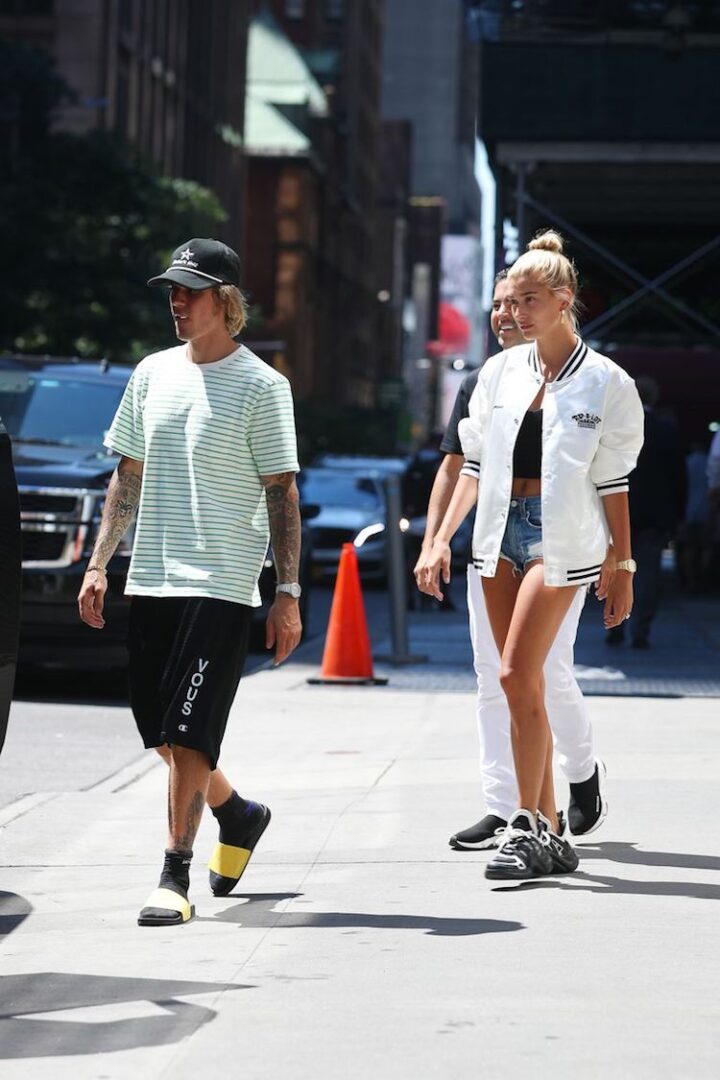 Bieber has been taken off the market, much to the dismay of all girls everywhere. Hailey Baldwin and Justin Bieber got engaged in the Bahamas this past weekend. Justin confirmed the engagement on Instagram with a lengthy gushy post about his love for Hailey. Apparently, the proposal was planned and not spontaneous. Sources close to the couple told the outlet that Bieber asked Stephen Baldwin, her dad, for his daughter’s hand in marriage several weeks ago, during a face-to-face meeting. Hailey’s first tweet regarding the engagement that she is “so utterly grateful to God for giving me such an incredible person to share my life with!” The young couple’s engagement comes just one month after Bieber and Baldwin rekindled their romance. They previously dated in 2015 before splitting in 2016. Fans have been skeptical about their relationship since they reconciled just months after Bieber and Selena broke up again. But according to sources, Justin and Hailey’s relationship and love is the real deal. #goals

The donut and coffee chain has announced they are planning on opening 1,500 locations in China over the next 10 years. The restaurants will be opened under a master franchise joint venture with private equity firm Cartesian Capital Group, according to Restaurant Brands, which also owns Burger King and Popeyes. “China’s population and vibrant economy represent an excellent growth opportunity for Tim Hortons in the coming years,” said Alex Macedo, president of Tim Hortons. The move is a reflection that Chinese consumers seem to have an insatiable appetite for Western food. This is the biggest move yet for Tim Horton’s who is in year two of their international expansion strategy. They also have locations in the Philipines, Britain, Mexico and Spain. Cartesian Capital Group also helped open more than 900 Burger King locations in China.

It’s been a rollercoaster of underdogs, surprises and sweat, but the World Cup is finally coming to a close. England just faced a devastating loss against Croatia, after an extra-time goal from Mario Mandzukic gave them a 2-1 win over England in their semi-final on Wednesday. The country is still mourning the loss as Croatia moves into the finals against France. France was the first to reach the tournament finale after overcoming Belgium in Tuesday’s semi-final. This will be the first time that Croatia has ever been in the World Cup Finals. You can catch the final game on Sunday, July 15th. Who are you cheering for?