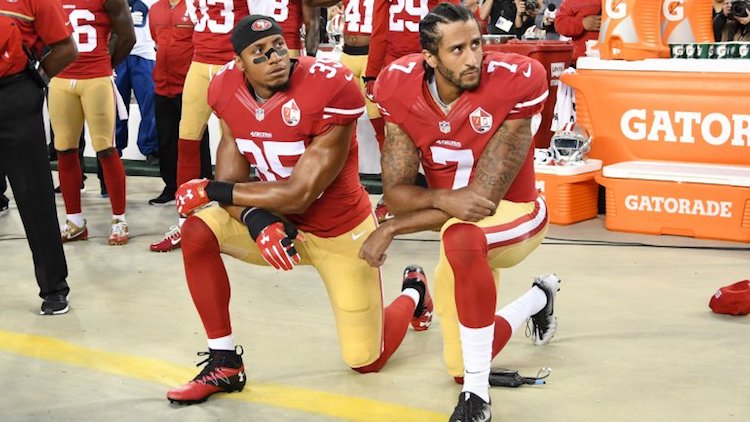 Remember last year when the #TakeaKnee movement spread throughout the NFL after the former San Francisco 49ers QB Colin Kaepernick took a knee during the anthem to protest racism and police brutality. Some people were pumped, others, like Trump thought it disrespected the US veterans. The NFL just approved a revised conduct policy that requires players on the field to stand for the national anthem. If players don’t want to stand for the anthem they can stay in the locker room. Trump praised the new policy saying players who don’t stand “maybe” shouldn’t be allowed to play and “maybe you shouldn’t be in the country.” If players break the rule, the league will fine teams and the teams can pass the fines directly to the players.

The First Amendment doesn’t apply to private institutions which means the new policy change doesn’t infringe on human rights of the players. According to some of the media, players have begun discussing different ways to protest, including actually staying in the locker room. Players who weren’t even considering bringing the protests back this season are now fully in the discussion on how to continue them just in spite of the league.

The company is under fire for selling face recognition software to the police. Body-worn cameras were put in place for police after the killing of Michael Brown in Ferguson, Missouri. This was considered a victory for accountability by many people. Other people like Malkia Cyril, executive director of the Center for Media Justice and a leader in the Black Lives Matter network warned that the cameras would become a tool of surveillance for people with colour. The body-worn cameras don’t watch the police, “they watch the community being policed.”

This has come to light after the American Civil Liberties Union of Northern California released on Tuesday, a collection of public records detailing how Amazon has been marketing and selling facial recognition software, called Amazon Rekognition, to law enforcement agencies. The ACLU and about 40 other organizations also released a letter to the Amazon chief executive, Jeff Bezos, calling on the company to stop selling Rekognition and its “dangerous surveillance powers” to the government.

People are flying home from all over the world to vote in Friday’s abortion referendum in Ireland. Ireland is voting on whether to repeal the Eighth Amendment of the predominantly Catholic country’s constitution, which makes abortion illegal under almost all circumstances. The constitution was passed in 1983 to explicitly ban the practice in all but the direst circumstances which don’t include cases of rape, incest or fatal fetal abnormalities. Offenders can face up to 14 years in prison if caught undergoing or providing an abortion procedure. It has been a bitterly-contested campaign which will come to a turning point tomorrow after the vote.

Prime Minister Leo Varadkar announced shortly after he took office last year that he would put the issue to a nation-wide referendum. A “yes” from the people will open the door for new legislation governing abortion. People from all over the world are flying #HomeToVote sharing on social where they are coming from and showing their support for both sides of the vote. 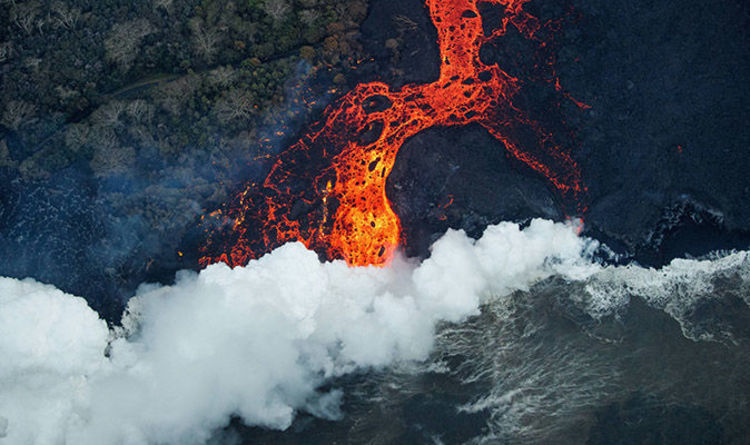 The major volcano on Hawaii’s Big Island has the internet transfixed as we watch the orange and red lava spurt out of it. It’s been three weeks since the massive eruption sending a smoldering flow of lava into residential areas and forcing thousands of residents from their homes. A new color has joined the mix: the blue flames of burning methane gas. Lava from the Kilauea volcano has been burning through plants and shrubs, producing methane. It’s an eerie and dramatic sight according to USGS scientist Jim Kauahikaua. The lava is still moving very vigorously keeping residents on high alert and away from the ocean. There are now two places where lava flows are entering the ocean and producing occasional small explosions,” the Hawaiian Volcano Observatory said. When hot lava hits the ocean, it can form a nasty product called laze (lava + haze) and send hydrochloric acid and volcanic glass particles into the air. This laze can cause lung, eye and skin irritation and it has proven deadly in the past. 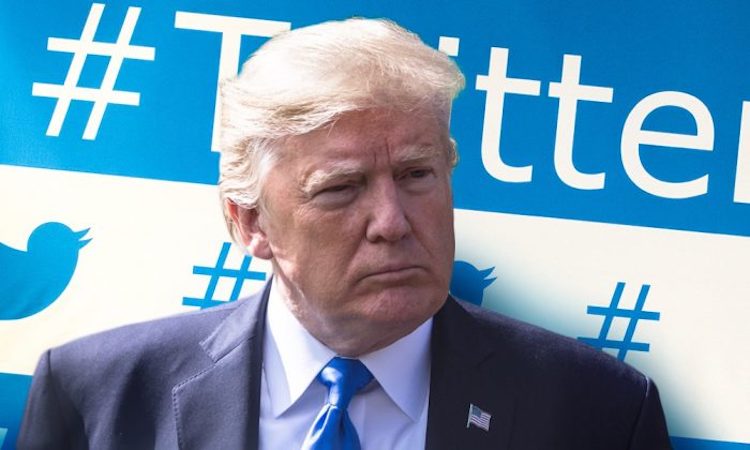 A federal judge ruled on Wednesday that President Trump cannot block his critics on Twitter because it is unconstitutional and a violation of the First Amendment. Even though blocked people could still see Trump’s tweets, the judge said the impact of preventing them from interacting directly with Trump’s tweets represented a “real, albeit narrow, slice of speech.” The institute was representing seven people who had been blocked by Trump. The ruling sits because the @realDonaldTrump Twitter account is a “public forum” under the First Amendment and people are allowed to give their opinion and feedback just like in regular forums. The White House hasn’t commented yet on the ruling.