Souvenirs From Past Relationships

Have you ever found a souvenir that your boyfriend or girlfriend was hanging onto from a past
relationship? Perhaps old photos, a sentimental gift, or even a love note? If you come across
one of these souvenirs, what’s the best way to react? Should you chalk it up to the tendency for
people to hang onto things to preserve a memory, much like holding onto a keepsake from a
vacation? Or, are you in the right to be upset that they are hanging onto such things?
Discovering a souvenir from your significant other’s ex isn’t an uncommon occurrence, but the
best course of action is not always clear. 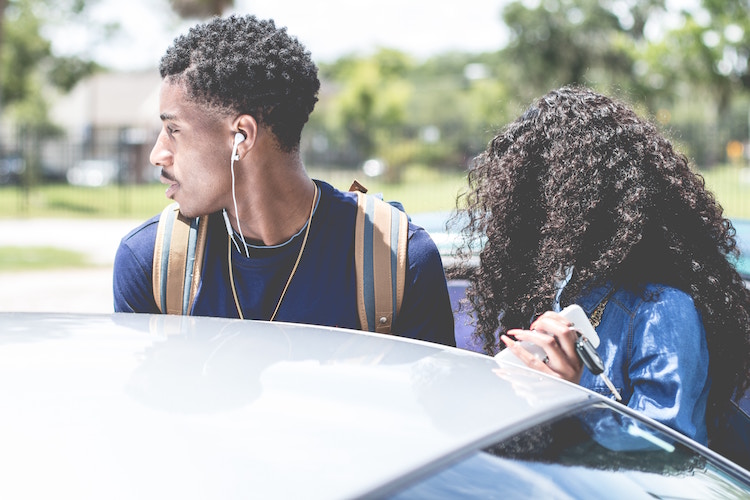 A few years ago, I was a month or so into dating my now ex-boyfriend, who we will call David. It
was still that early phase of our relationship where everything was new and exciting, and we
were still trying really hard to impress each other. That night, we were hanging out at his place,
having a few drinks. The liquor hit me, and I was feeling a little playful. I looked over at his guitar
slyly, and said, “Wouldn’t it be fun if I wore nothing but your guitar?”

David’s eyes lit up, and a flirtatious smile flashed across his face. “I have to show you
something!” he exclaimed as he stood up and started rummaging through his desk drawers. I
had no idea what he was looking for, but I could tell by the excitement plastered all over his
face, it had something to do with my sexy suggestion.

David returned with a framed photo in hand. Baffled as to what this could possibly have to do
with me wearing nothing but his guitar, I strained to look at the frame, trying to see the photo
contained within it. “Look!” he said as he shoved it into my hand. I turned the picture frame over
to reveal an attractive brunette with the exact same guitar I had just been referring to, placed
over top of her naked body. She seductively stared into the camera, with her lips gently pursed.
“I took this! She’s my ex-girlfriend!” he proclaimed, beaming with pride.

I felt a knot twisting in my stomach and all the blood rushed from my head. Sure, everyone has
a morbid curiosity about who their boyfriend or girlfriend dated before them. But here I was, a
month into my new relationship, and the first I was seeing of my guy’s ex was, well, pretty much
all of her. There she was, framed and stashed away in his drawer, one and a half years after
they had broken up, for um… safekeeping, I guess? I felt like minutes had passed as I stared at
the photograph, unsure of how I should react to it. David was staring at me, waiting for my
response. Judging by his juvenile excitement, he expected me to high five him and say, Sick
bro, nice shot!

Feeling the colour return to my face, I looked at him in disbelief. Why the fuck does he still have
this picture? Finally, I unenthusiastically muttered, “Wow. Very nice.” I shoved the photo aside.
Our relationship was still so new at this point, and I guess I was trying to be a “cool girlfriend” and not lose my shit. Looking back, this guy totally deserved to have his head bitten off for
thinking it was okay to show me this picture out of nowhere. Talk about a mood killer.

Somehow, I found a way to get past the nude photo incident and our relationship progressed.
Months passed, and David and I were spending all of our free time together. I would sleep over
at his house several nights a week. One night, I was staying over and I asked if I could borrow a
t-shirt to sleep in. “Sure, help yourself,” he said. As I went to open the dresser drawer, a dark,
rectangular object caught my eye, peeking out from under the dresser. I picked up the object
and there it was, back to haunt me: David’s nude ex-girlfriend stared up at me from behind his
Les Paul. At this point in time, I was now much more comfortable in the relationship and was
ready to say exactly what was on my mind. Holding the photograph, I turned to David and said,
“What the fuck? Why do you still have this?”

Defensively, David yelled back, “Because it’s a nice photo…” It wasn’t. “…Why does this even
bother you?…” Um, because you aren’t dating this person anymore and it’s weird to hang onto
it. “…You need to get over this.” Spoiler alert: I didn’t get over it. After a huge fight, David
resigned, said he understood why it upset me, and promised he would get rid of it. 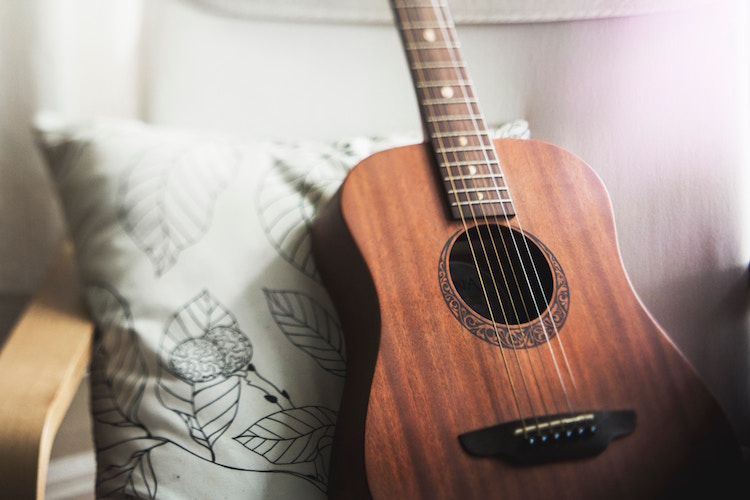 A week later, I was at David’s and I asked him if he had gotten rid of the photo. “Yes, I did. I
promise.” I didn’t believe him for one second.

I slept over at David’s that night. He woke up a couple hours before me to go to work. Alone in
his bedroom, I took the opportunity to see for myself if the photo was gone. I checked under the
dresser, where I had found it before. Nothing. I checked the drawer David had originally
conjured it from on the first night it was revealed. Nothing. In his closet, I saw a pile of dirty
clothes on the ground. I slid the pile aside, and there it was. Rage coursed through my veins. I
pulled the photo out of the frame, tossed the frame on his bed, and ripped the photograph to
shreds, intentionally throwing it on top of his garbage can where he would be sure to see it.
When David came home to find the torn-up photo, he was furious. He said I didn’t have a right
to destroy his belongings.

Upon sharing this story with friends, I was surprised to hear many similar stories and even more
similar reactions to finding souvenirs from past relationships. A friend of mine told me when she
first started dating her boyfriend, she was shocked to discover a pair of visibly-worn women’s
underwear in his bedside table. When she asked him about them, he refused to reveal the
source of his mystery-panties, nor explain his desire to hang onto them. Enraged, my friend
discarded the panties when she found them back in the same drawer a few days later.

Another friend of mine recently moved in with her longterm boyfriend. While unpacking their
belongings, she discovered a hand-painted coffee mug with her boyfriend and his ex-girlfriend’s
initials on it. When she asked him why she still had it, he said, “I’m not going to throw away a perfectly good mug just because you’re jealous.” A few weeks later, my friend snuck the coffee
mug out of the house and smashed it to smithereens in the Mucho Burrito parking lot. Months
later, she fessed up to her crime. He hadn’t even noticed that the mug was missing.

Despite my own reaction to finding an unpleasant souvenir from a past relationship, I’m not
convinced throwing away another person’s belongings is necessarily the right course of action.
But what can I say? Sometimes your emotions can get the best of you, especially when you are
feeling disrespected by someone you care about. All and all, I think the lesson is to sympathize
with your significant other if they vocalize that something you are hanging onto is bothering
them. Chances are, there’s a valid reason for them to feel insecure. Don’t automatically assume
that they are acting out of pure jealousy, and try to imagine how you would feel if the shoe was
on the other foot…

… And perhaps, if you can’t bear to part with your ex’s nudes, keep them in a password-protected file labeled “Income Taxes 2014”, in order to avoid the issue entirely. 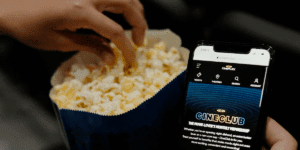 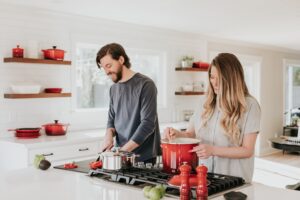 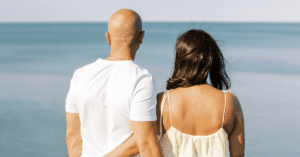 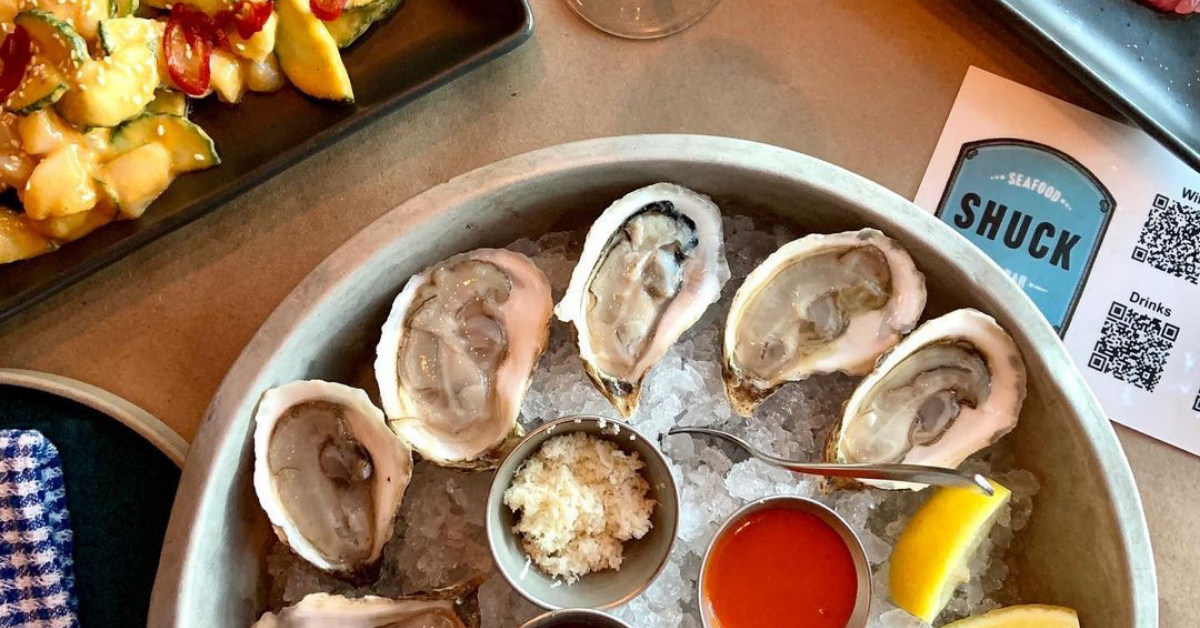 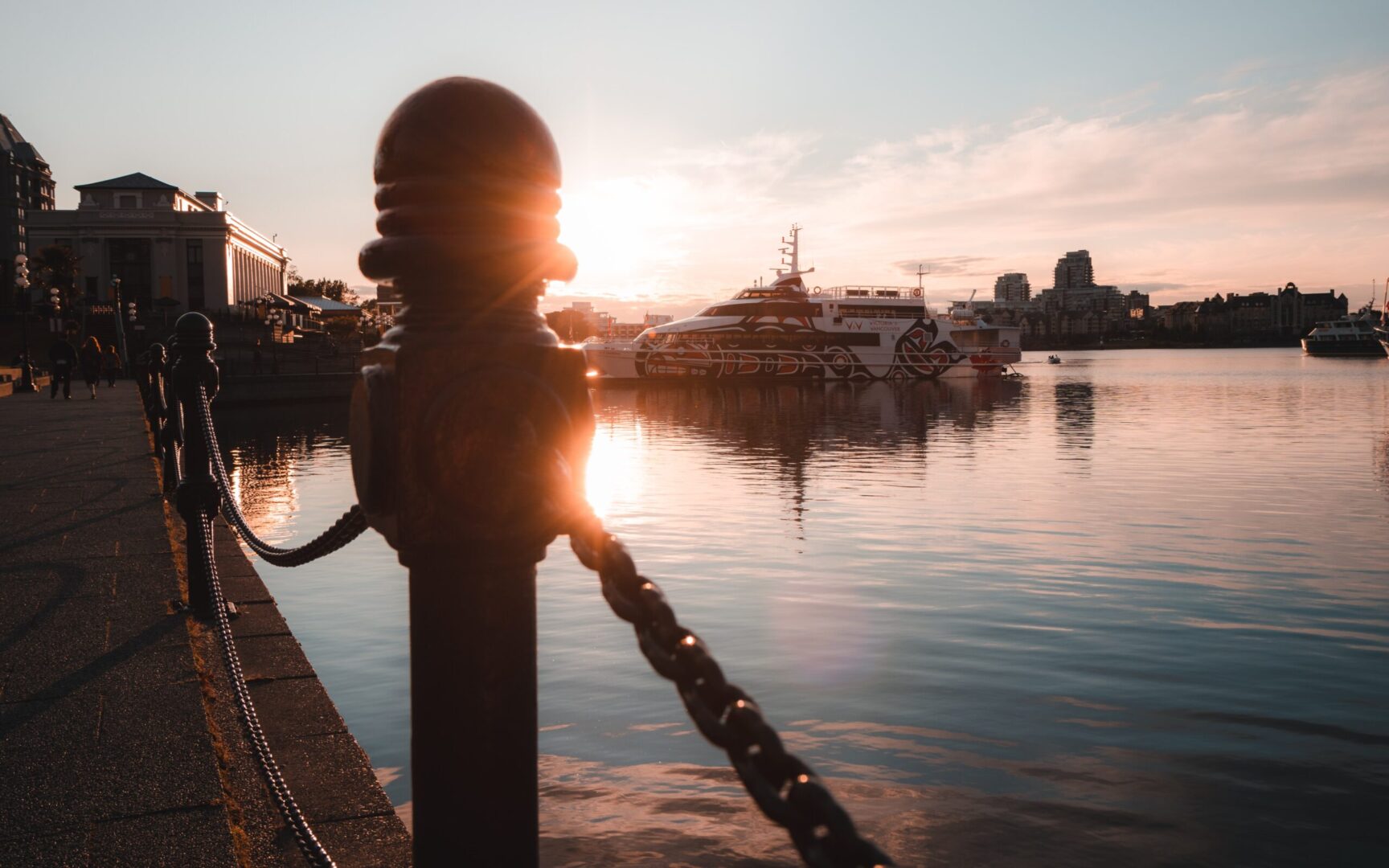 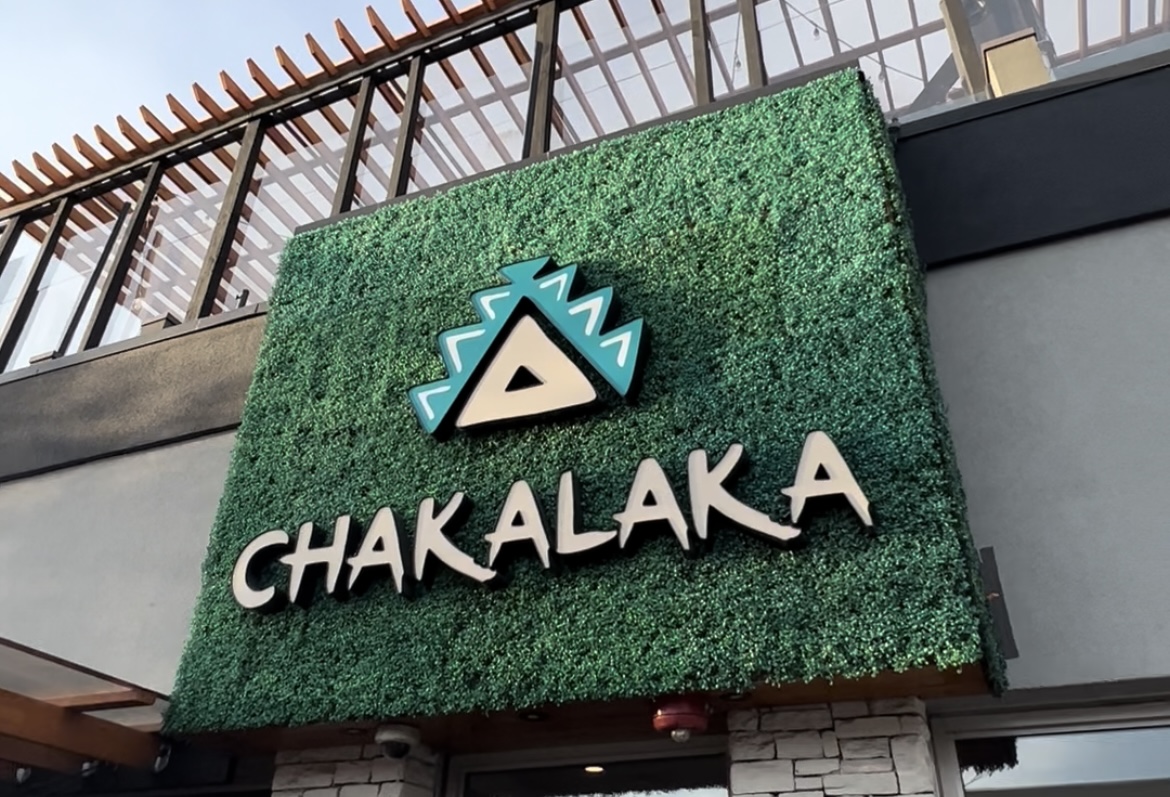 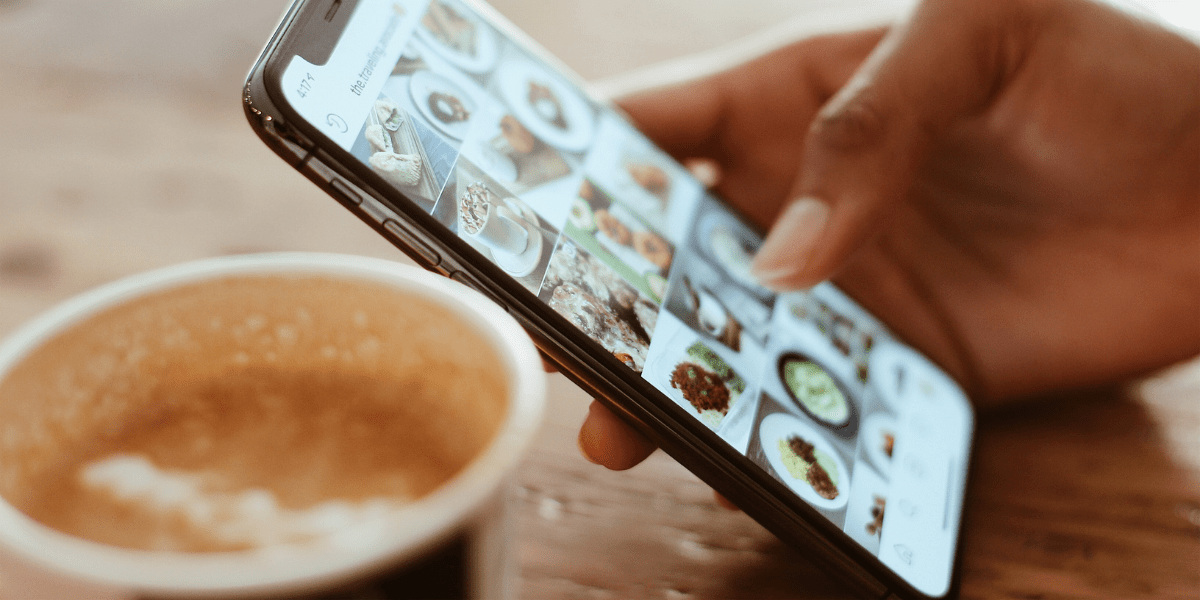 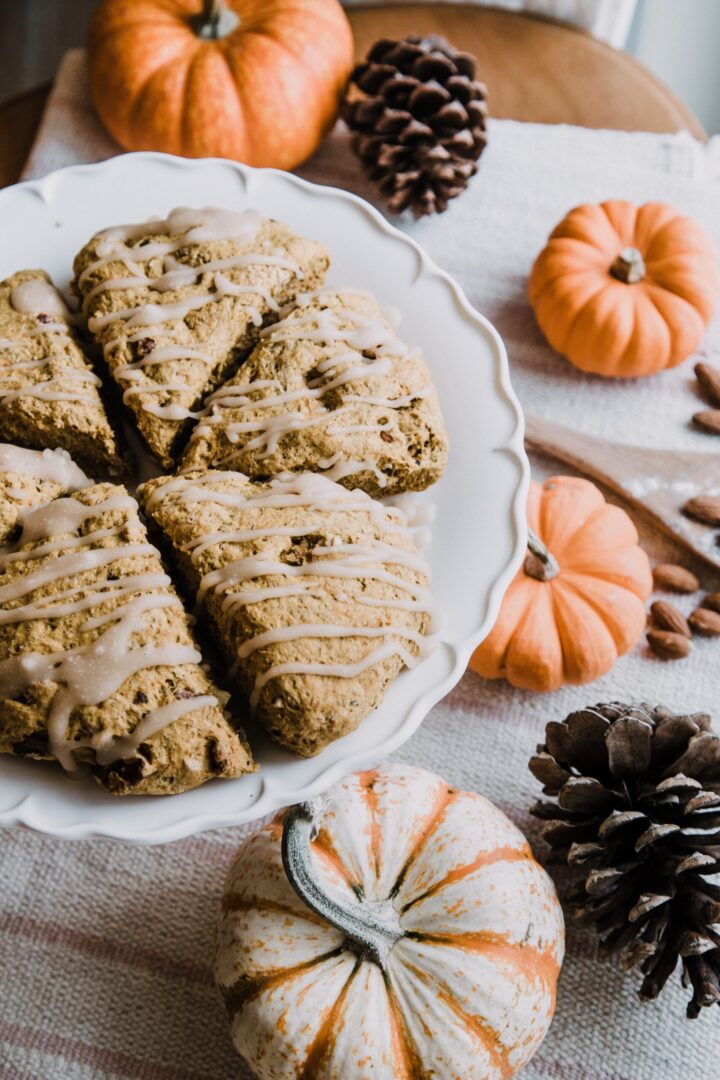 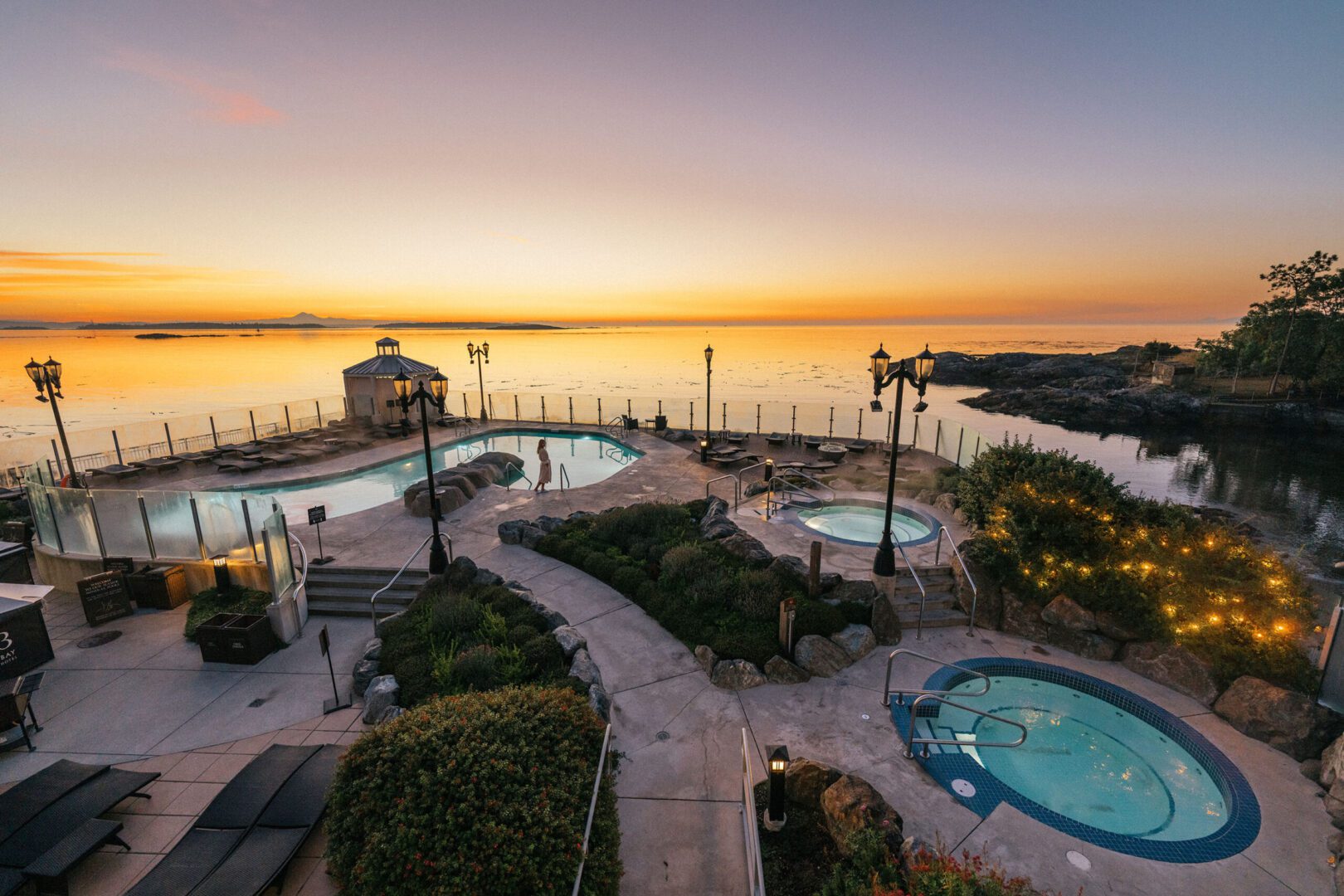 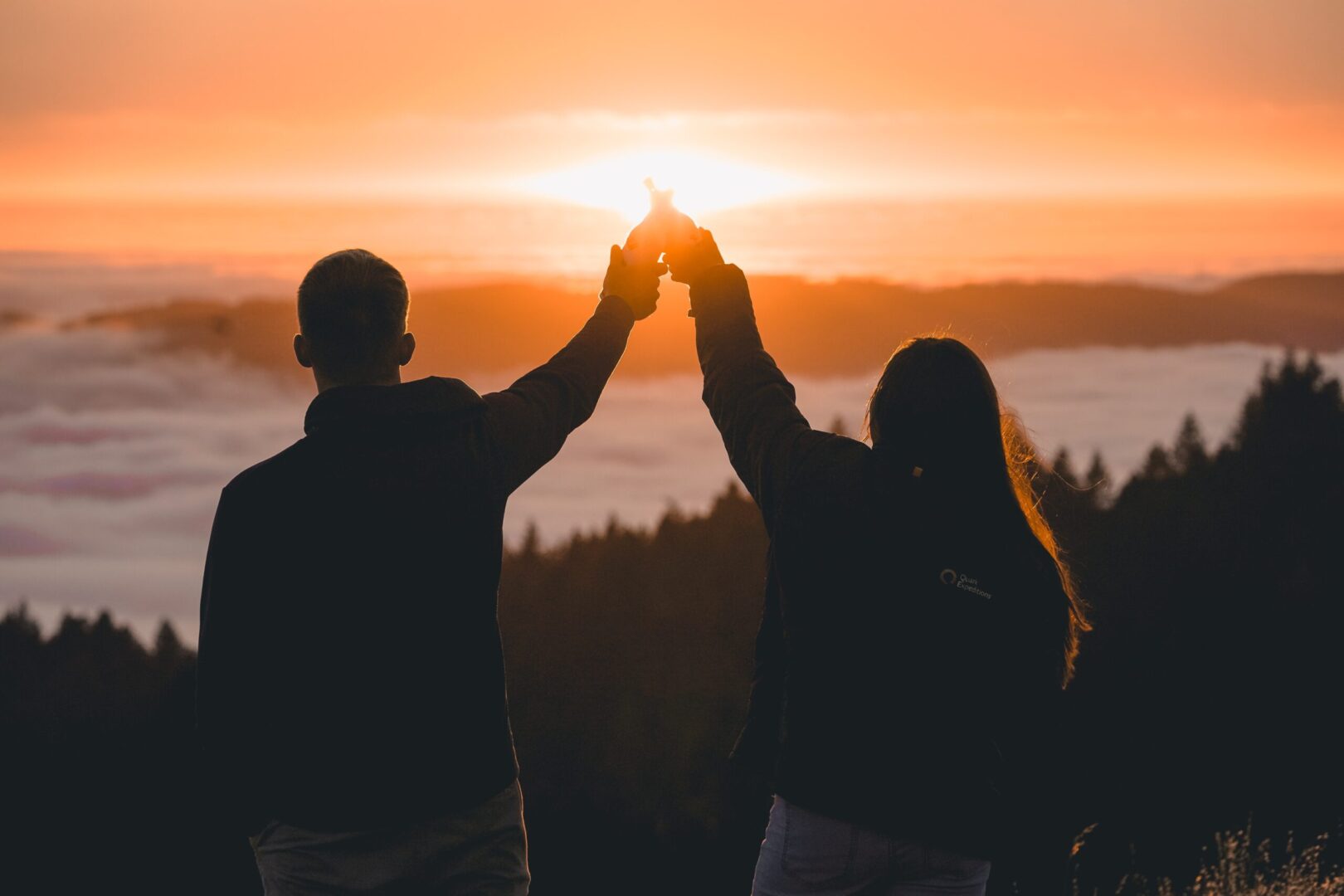 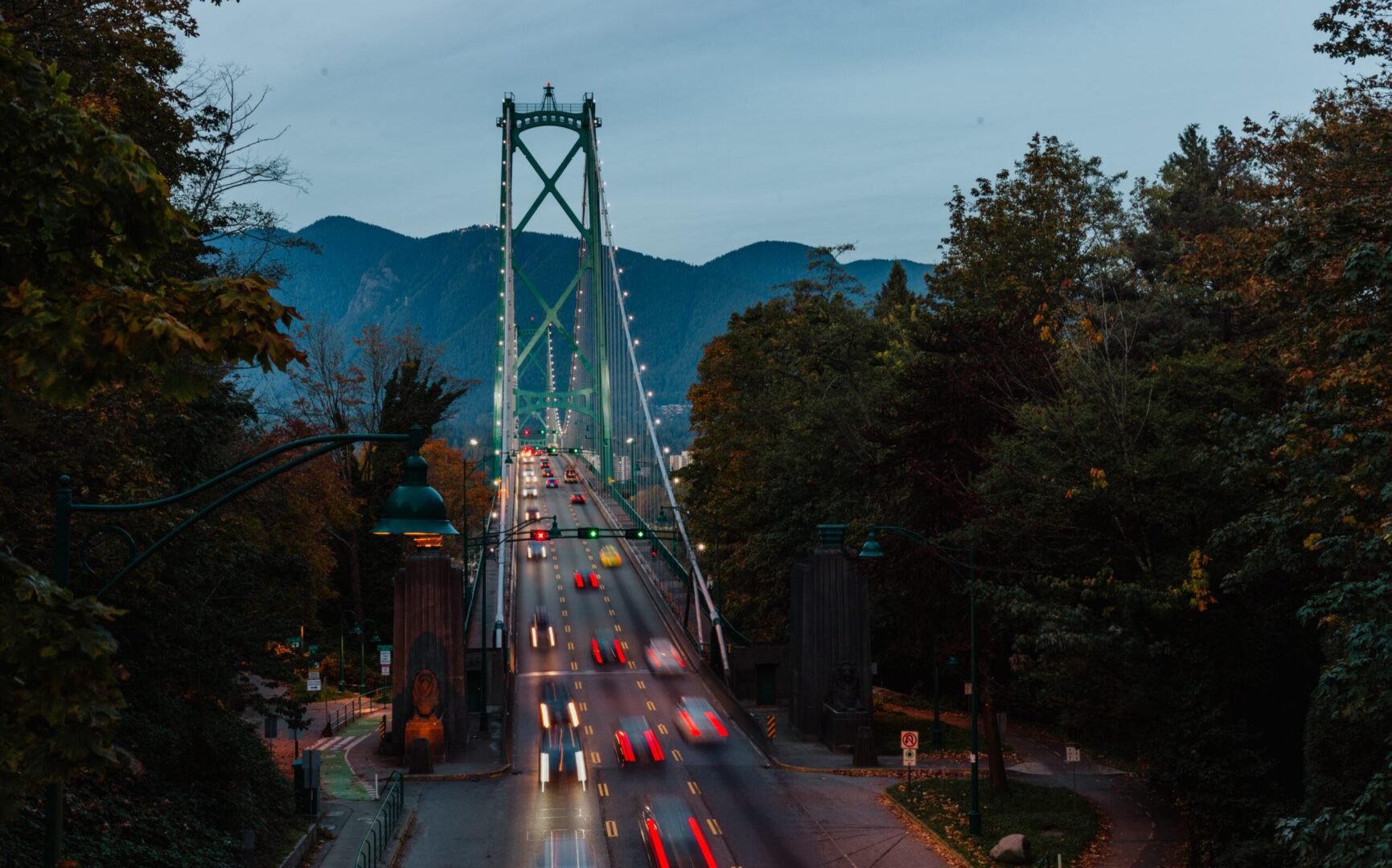 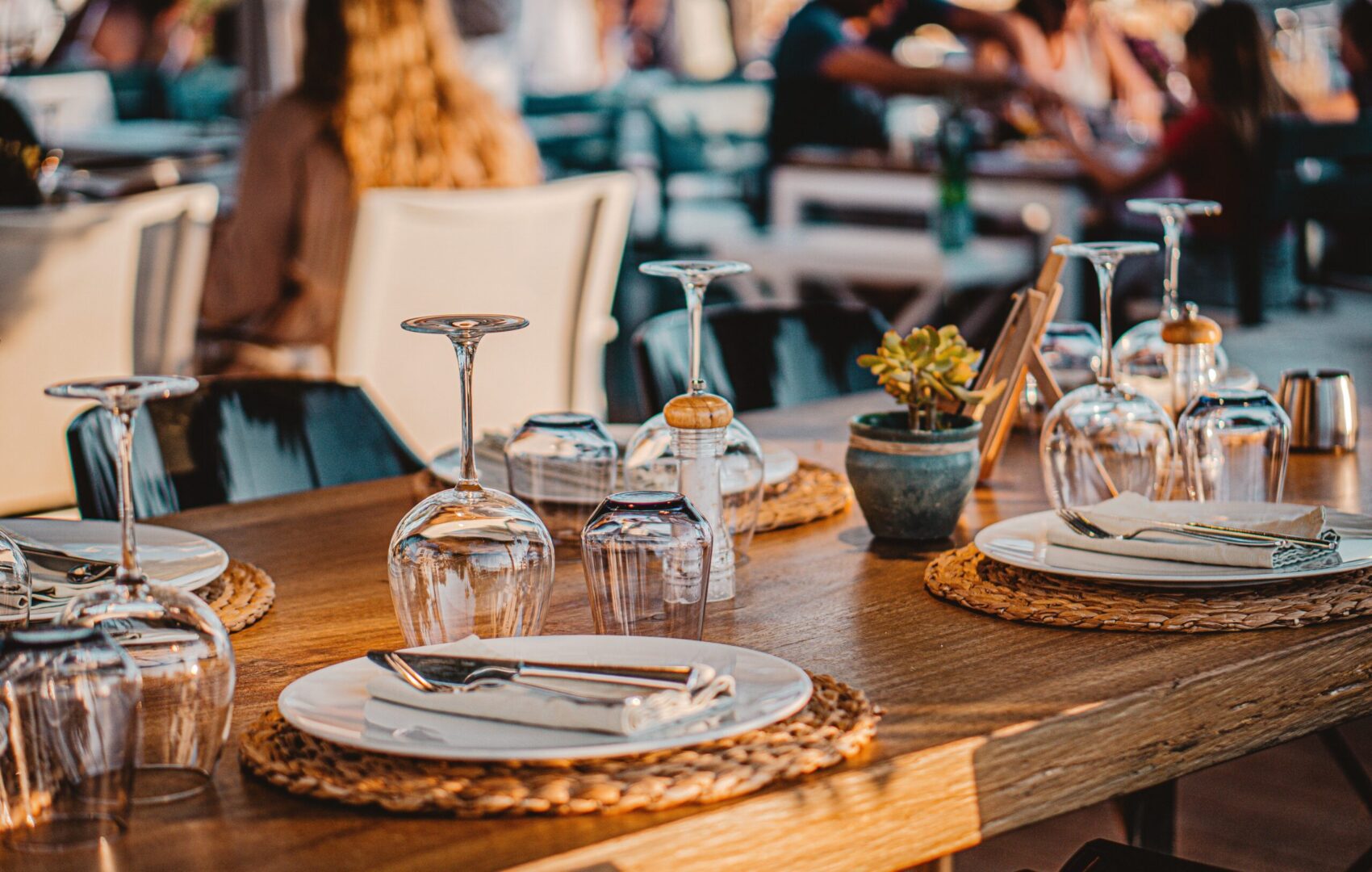 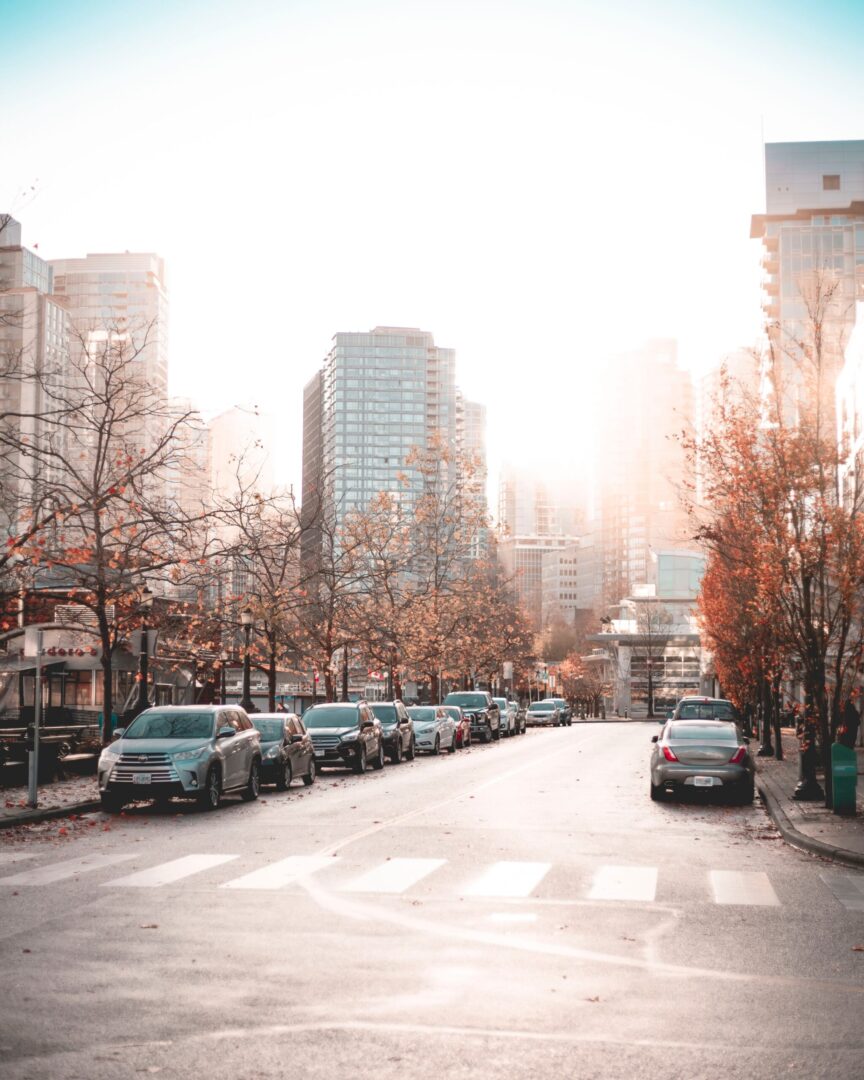 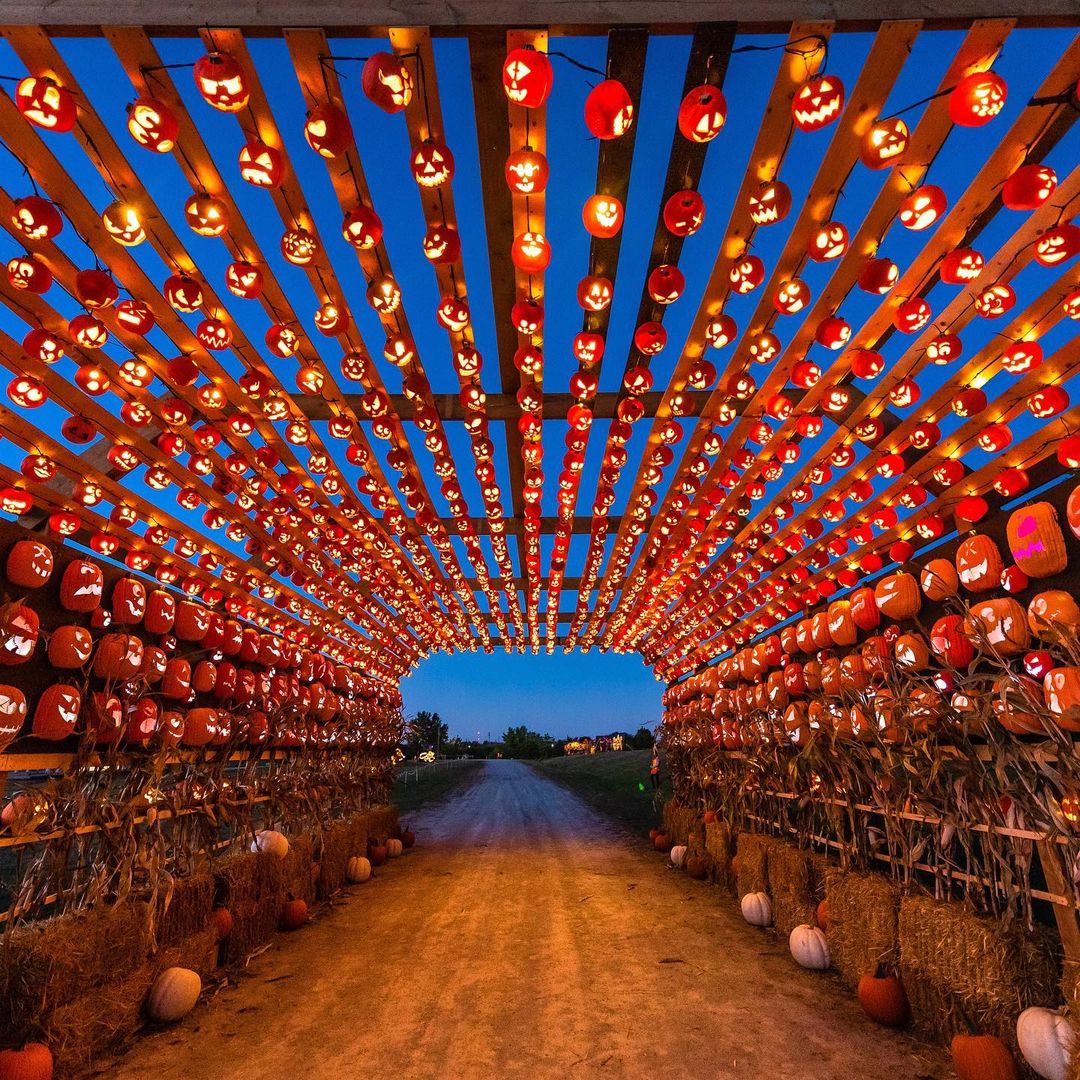 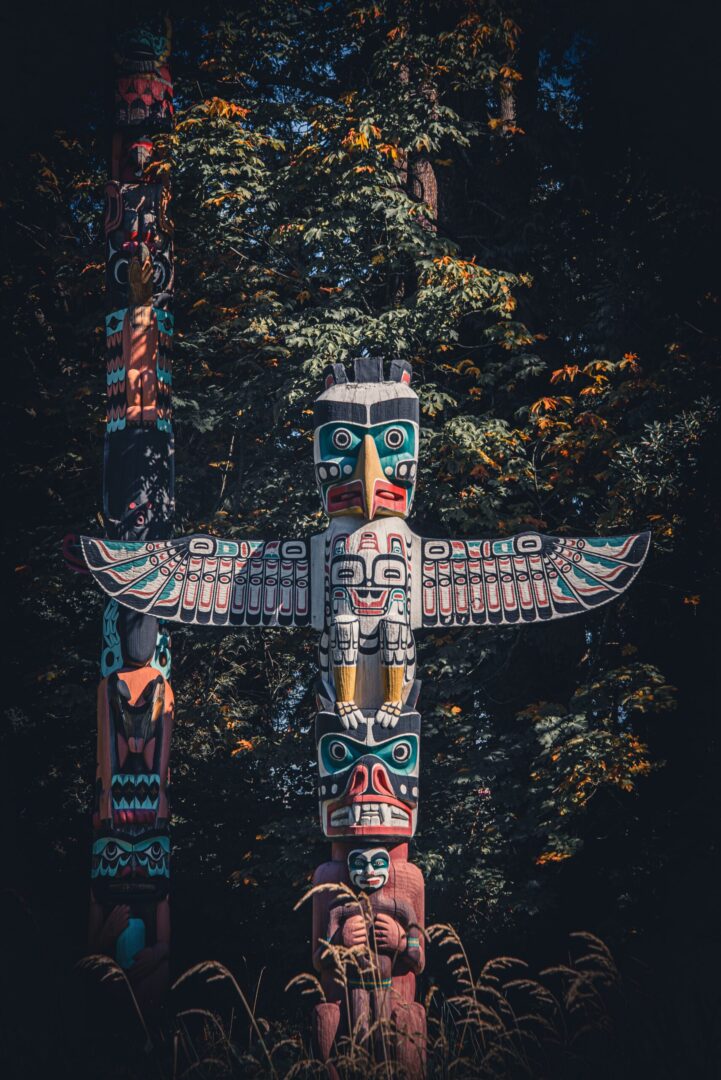